In YKM, strict adherence to the following basic precepts is required of each student:

RULE 1 - Respect the Master, your Si Fu. The meaning of the term Si Fu goes beyond master or teacher. The Si Fu is the Father of your art.

RULE 2 - Have patience, and be faithful. Do not try to develop your skill too quickly. The full value of kung fu training is lost if you do not have a strong foundation. Train diligently, and have faith that your Si Fu is training you properly.

RULE 3 - Do not challenge others to test your skill.  The true martial artist does not need to prove his art or himself. The various recognized styles have proven themselves by their long histories. The student should seek to know himself, and his art honestly and thoroughly. To fight only to demon­strate superiority, accomplishes nothing but loss of respect for the arts as well as the individual.

RULE 4 - Work hard and practice diligently. Kung fu not only refers to martial arts, but also translates as hard work and time. Apply your total physical and spiritual energies whenever you practice. Do not be self-satisfied with your accomplishments. The only real limits to personal development are those which you place upon yourself. By devoting a lifetime to a discipline like kung fu, you can realize the full benefits of good health, self-protection, and greater control of yourself in the course of your life.

RULE 5 - Respect other martial arts styles. All styles are good if they strive for the protection of life.  A feeling of brotherhood, rather than competition, should exist among those seeking self-improvement.

RULE 7 - Be honest with yourself and with others.  Genuine honesty allows you to see the truth about yourself, and thereby, the truth in matters dealing with others. Knowledge of the truth gives you strength to control your own life, rather than to be used by others.

RULE 8 - Do not be greedy. Greed only leads to entrapment.

RULE 9 - Use your body properly. Kung fu training makes possible the efficient functioning of your body, and thereby good health. From good health comes greater awareness of yourself, and respect for your right to live as fully as you are capable.

RULE 10 - Do not use drugs or narcotics. This rule evolved during the Opium War with Great Britain, but it is very appropriate today. The habitual use of drugs works against the goal of all martial arts train­ing -- complete mastery of yourself.

Yau Kung Moon martial arts were introduced to the public in 1924. Prior to that time, the history extends back into the Tang Dynasty (618 - 907 A.D.) in the Sil Lum Temple of Honan province. The style was originated by a Buddhist monk named Ding Yang, who being very humble and withdrawn, gave no name to the style. The secrets of the style were selectively passed on to one disciple per generation within the confines of the Temple for hundreds of years into the Ching Dynasty (1644 - 1911 A.D.).

When the Manchu conquered China to begin the Ching Dynasty, the officials and sympathizers of the former Ming emperor took refuge in the temples. To prevent attempts to restore the Ming to power, the Manchu emperor ordered the destruction of the temples. Many monks were killed, the rest fled; some to die of starvation. One surviving monk was Doe Sung.

Doe Sung was the principal disciple of Yau Kung Mon, and had been the chosen representative of the Temple to meet all challengers. Through Doe Sung, the style survived continuing to pass to only one disciple per generation.. It was through the priest Teat Yun that the style was given its name, and was presented to the public by accepting as his disciple the first lay person in Yau Kung Mon history, Grandmaster Ha Hon Hung. The secrets of YKM were then passed along to his son, Ha Kwok Cheng. 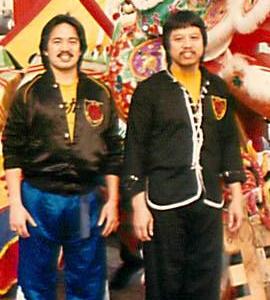 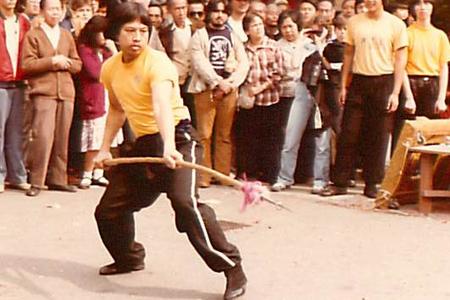 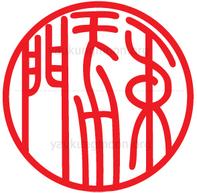 Sifu Dennis Lew was a valued member of the Yau Kung Moon family.  Sifu Dennis started his training with Grand Master Wan Tak Kei in the early 70's and remained a dedicated practitioner of YKM throughout his life.   His dedication, knowledge and expertise will be greatly missed. 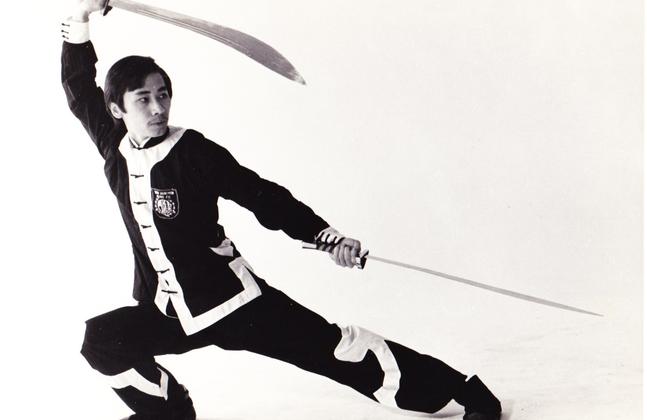 The art of flexible power